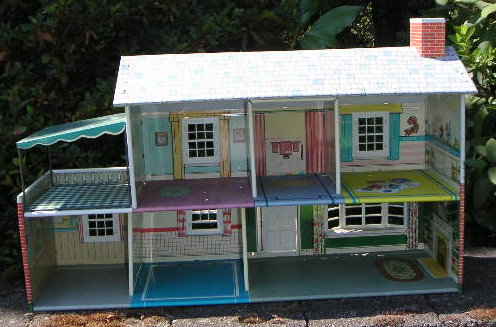 When I bought the house on eBay it was listed as "Rare Longmire House".  I knew the lady that was selling it and emailed to ask why it was called that.  She didn't know either, the dollhouse had been her mother's and mother had always refered to it as "The Longmire House"!!
The house was not the best example, but this house is so rare, I had to take what I could get, hoping to upgrade later.  Well I finally got that upgrade. The house was MIB and I found out that it was a Sears exclusive and that it was calleD The Longview House. The pics have changed to show the new house. The house is metal, but it is not glossy and shiny like all the other Marx houses, it is dull and rough feeling.  The siding is vertical rather than horizontal and the roof is an unusual colour, as is the patio floor.  Other than that, it is basically like any other Marx Colonial.

While the Longview House has an outside that looks like one of the updated  Colonials that used the French Provincial Furniture, one look at the inside tells a different story.  This house is featured in the 1972 Sears Wishbook. 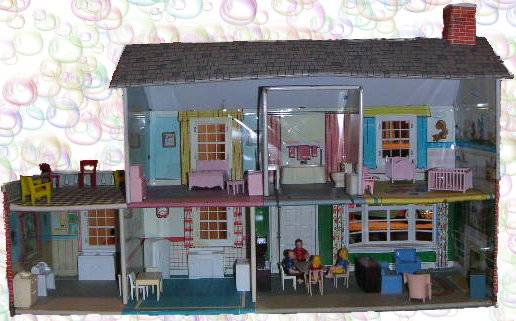 Here are a few close ups of the house. 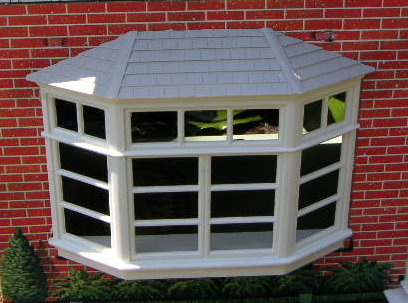 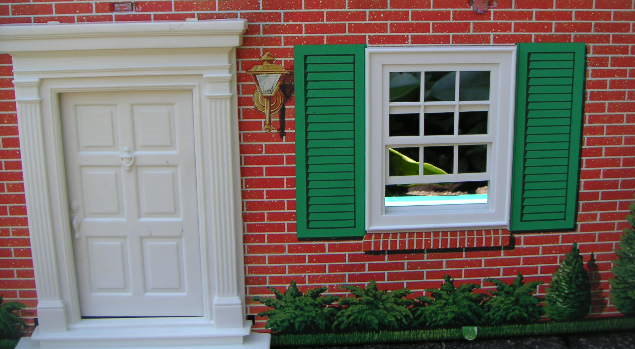 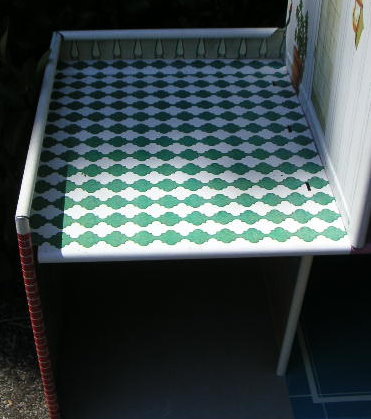 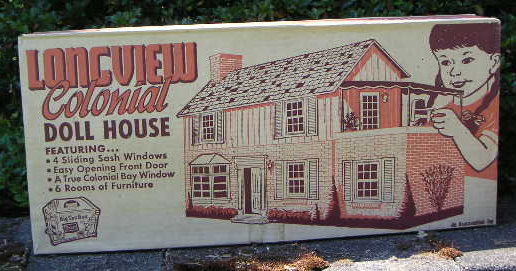 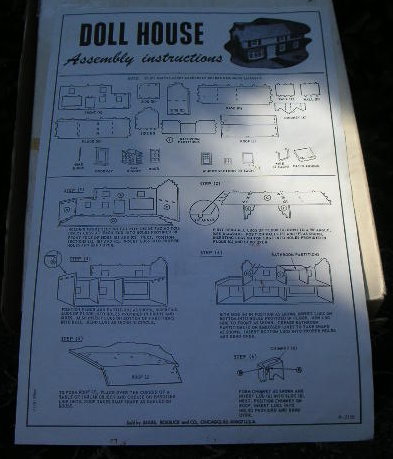 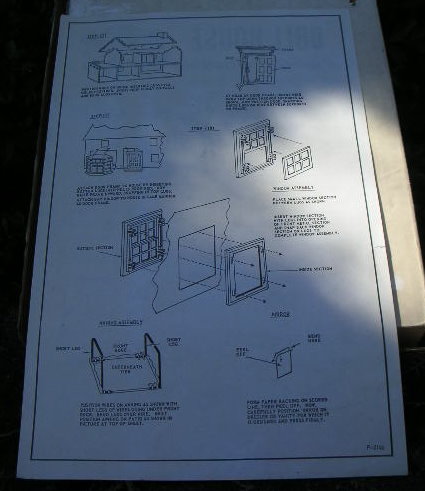 The interior styling of the house indicates that this house used the 1/2 " traditional style furniture.

A HOUSE WITH IMAGINATION

LINKS: The following links will open in a new tab as they are for different sections of the site: